New Zealand’s UnitedFuture party leader, Hon Peter Dunne, is calling for more tolerance in the current immigration debate. Dunne announced his party’s pledge to ease on immigration should his party be elected into power. We received his full transcript: 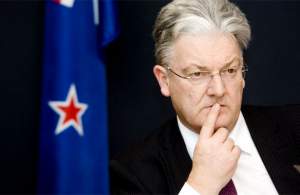 “I want to make our position clear, UnitedFuture is a party that embraces diversity, celebrates our multi-cultural heritage and believes that immigration and support for our migrant community will always be an important part of our national fabric.

“We abhor the racism and xenophobia currently creeping into this discussion,” Dunne is quoted as saying in a press release issued earlier today.

“We know how special our country is and if we want new migrants to properly become part of the extended New Zealand family we need to be open to allowing migrants to work here and bring their families here.

UnitedFuture would introduce a 10 year population strategy that would require the government to publish a strategy mapping the impact of demographic changes on our society and economy.

“The strategy would channel the resources of Government to develop a long-term view of what changes are likely to occur in our society and what our needs will be into the future,” said Mr Dunne

“Through having that knowledge on hand we can gear our immigration system and skills shortage lists to cater for those likely changes meaning we have more efficient matching between overseas workers and jobs in New Zealand.

“This approach is far less reactive than placing population caps and allows us to be much more flexible in how we approach immigration.

“This data driven approach would remove the need for the type of intolerant rhetoric we see emerging from certain political quarters today that either directly or implicitly blame immigration for current employment and housing pressures in New Zealand.

Ensuring that the immigration system is employment driven

UnitedFuture would guarantee a fast-track for residency for those immigrants who are sponsored by an employer in a field on the skill shortage register. This would allow employers who are unable to find employees to easily sponsor someone into work and would be in addition to the current skills shortage lists.

“We want to see a matching of skills with a demonstrated shortage in New Zealand. It is vitally important that where gaps in employment exist that local businesses are encouraged to fill those gaps,” said Mr Dunne.

“By letting employment drive which skilled migrants come into the country we can allow industries with skills shortages to tailor our immigration, rather than solely relying on Government mandated lists.

“Allowing our families to flourish is a bedrock principle of New Zealand society that does not change because you were not born here,” said Mr Dunne.

“We want to ensure that if, as a resident in New Zealand, you have a parent or child living outside of the country that you have the ability to sponsor them into the country.

“We would ensure that to fast-track your family member you must prove that you have the ability to support them. That would likely mean that the sponsor has a residence and employment,” Mr Dunne said.

UnitedFuture would introduce new programmes that ensure adequate support and information is provided to new migrants. Including:

• Designing a comprehensive immigrant settlement programme to ensure all immigrants receive full information and support regarding language, community events, job placements and social services
• Develop a global online service that matches skilled migrants with job opportunities within regional New Zealand
• Establish a one-stop business development agency that helps migrants in establishing their own businesses
“We have to stop seeing immigration as a problem, and move to embracing it as an opportunity to grow and develop our country for the benefit of all of us.

UnitedFuture’s policies will deliver an immigration service that refutes the notion of closing New Zealand off to the world and allows people to bring their skills, their innovation and their productivity to New Zealand so that we can be a diverse and productive multi-cultural society,” Mr Dunne concluded.