Ms Ranson was responding to a call in the media at the weekend by New Zealand First MP Winston Peters for permanent residence to be cut to 7,000 – 15,000 people maximum. 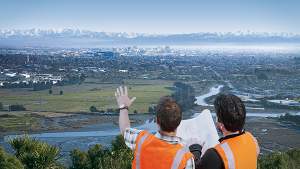 The organisation, which is New Zealand's leading professional association for immigration specialists, says Mr Peters’ comments are ironic given that permanent residence approvals were higher under Labour than National, and that they were at their highest when Mr. Peters was supporting the Labour Government.

“This fact surely makes a mockery out of his advice,” says Ms Ranson.

“The birth rate in NZ is dropping, baby boomers are retiring and for these reasons it is essential for us to have skilled migrants coming to NZ if we want to maintain our standard economic growth and continue with our standard of living, for example, medical and superannuation.”

She says that NZ also has the situation that many small to medium-sized companies owned and operated by the “baby boomers” have no succession plans.

“Do we want these companies to close down and put their staff out of work, simply because there is no one with the skills and knowledge in NZ to take them over?”

She says New Zealand is currently going through growing pains as a result of a growth period – this is a good thing. The alternative is no growth at all.

“Infrastructure has been neglected for years by successive Governments and now at long last we are seeing movement happening to improve the infrastructure and this can be seen in any part of the country as you drive through.

“Oddly, the very people who are demanding the skilled migrant numbers be cut are the same people who want refugee numbers increased.”

Ms Ranson points out that this Government has already cancelled the Adult Child and Sibling Policy which allowed sibling skilled or unskilled to join their families.

“Importantly, Immigration NZ does have a very tight check on who comes to NZ under permanent residence.”