One in Every Five Canadians is a Migrant

Canada is growing increasingly diverse and its share of immigrants is the highest in almost a century. 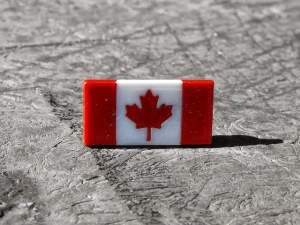 New census figures show over one in five Canadians report being immigrant, some with permanent residency.

Over 1.2m people settled permanently in Canada between 2011 and 2016, most coming in as skilled economic immigrants.

The proportion of visible minorities has also grown and is now over 22% of the population.

Figures released by Canada's statistics agency on Wednesday give a snapshot from the 2016 national census of the country's increasing diversity and growing share of newcomers, reported the BBC.

The country is also becoming more culturally diverse, with immigrants increasingly coming from Africa, Asia, and the Middle East.

Statistics Canada is predicting that if population trends continue, by 2036 up to 30% of the country's population could be made up of immigrants.

The agency also predicts that within 20 years up to 35% of the population will be made up of visible minorities.

Most newcomers still settle in the big cities of Toronto, Vancouver and Montreal, though more are beginning to move into prairie and maritime provinces.

Toronto, Canada's biggest city, is still the primary destination for newcomers. Over 46% of the city's population are immigrants and over 51% of the city's residents identify as being a visible minority.

The increase in the percentage of new Canadians is linked to immigration policies as well as the relatively low birth rate and aging population.

The majority of newcomers come to Canada under economic immigration programmes for skilled workers. About three in 10 came in under the family reunification category.

One in 10 came to Canada as refugees, though that was number increased slightly between January and May 2016 when over 25,000 Syrian refugees were admitted into the country.