Ontario to Co-operate on Maximizing the Benefits of Immigration 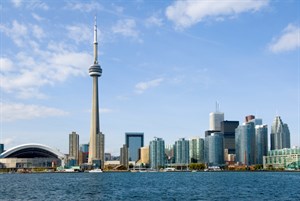 The Canada-Ontario Immigration Agreement (COIA) creates a new framework to strengthen the long-term partnership between Ontario and Canada to welcome and settle immigrants, boost the economy and address shared humanitarian responsibilities. The agreement outlines the respective roles and responsibilities and shared immigration priorities in selection policy, program integrity, an attraction of French-speaking immigrants, and newcomer and refugee settlement.

In addition, Canada and Ontario also announced a joint effort to help internationally trained newcomers meet provincial requirements to work in their profession. A total investment of up to CA $91 million in bridge training programs over the next three years, including CA$70 million from Ontario and up to CA $21 million from Immigration, Refugees and Citizenship Canada, will help newcomers get the training they need to meet provincial requirements to work in their occupation.

Through these initiatives, the Governments of Canada and Ontario are demonstrating a commitment to cooperate to ensure the economic, social and cultural benefits of immigration are maximized in the province. Collaboration between the federal government and provincial partners is a crucial element of the ongoing success of Canada's world-leading immigration system.

• Canada’s new multi-year levels plan will see almost one million new permanent residents welcomed by the end of 2020. Ontario is the top destination for newcomers to Canada.
• COIA will guide the relationship on immigration between Canada and Ontario for the next five years.
• COIA takes effect immediately, including annexes that detail specific arrangements on provincial nominees and foreign workers. In the months ahead, additional annexes are planned that will set out Canada-Ontario collaboration on French-speaking immigrants, international students, and the role of municipal governments as partners in immigration.
• The Government of Canada is investing more than CA $334 million in settlement services for newcomers in Ontario in 2017-18.
• In 2017-2018, Ontario is investing over CA $110 million in newcomer and refugee supports including language training, settlement, and employment programs.

Speaking at the ceremony Hussen said, “Ontario is the top destination for new permanent residents settling in Canada each year, typically exceeding 100,000 newcomers. With the ambitious three-year levels plan we’ve established on immigration, the time is right to put a new agreement in place that defines how Canada and Ontario will work together to achieve our mutual goals.”

“Immigration is good for Ontario and good for Canada. The Canada-Ontario Immigration Agreement strengthens Ontario’s ability to partner with the federal government to attract skilled newcomers who will benefit our shared economies and contribute to Canada’s future prosperity,” added Albanese