The Canadian Liberal government is finalizing its 2018 immigration plan, aiming to strike the right balance amid a global migration crisis, a surge in illegal border-crossers and persistent labour gaps across the country. 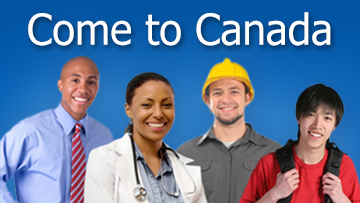 Immigration Minister Ahmed Hussen recently wrapped up cross-country consultations and is preparing to table the annual immigration levels in the House of Commons by the 1 November deadline.

As he sets next year's target for the number of newcomers allowed into the country, the government's goal is to attract top talent in a competitive global market while reuniting families and offering refuge to people displaced by disaster and conflict.

"Canada's immigration system continues to be based on compassion, efficiency and economic opportunity for all, while protecting the health, safety and security of Canadians," reads a statement from Hussen to CBC News.

"Canada's system of immigration has been recognized internationally as a thoughtful, responsible approach that takes into consideration the need for more immigrants while balancing our fiscal and global responsibilities."

The 2017 immigration plan called for 300,000 immigrants, boosting numbers in the "economic" class that includes skilled workers, businesspeople and caregivers as well as an increase in the family class for sponsored spouses, partners, children, parents and grandparents.

NDP Immigration critic Jenny Kwan called on the government to be more ambitious with its 2018 plan, insisting immigration is the best way to offset an aging population and fill significant labour gaps.

She said that Federal policy must focus on bringing in a "balanced and diverse range" of immigrants instead of focusing on high-skilled workers for permanent residents and relying on temporary foreign workers for lower-skilled jobs.

The government's Advisory Council on Economic Growth had recommended that Canada boost its immigration levels to 450,000 by 2021 to stimulate the economy and tackle an aging population and low birth rate.

Patrick Snider, director of skills and immigration policy for the Canadian Chamber of Commerce, said higher immigration levels bring potential for business and boosting Canada's competitiveness, but whether it succeeds depends on the approach.

"There are high-skilled people who have gained their knowledge through job experience who are in demand in Canada. They might not necessarily have technical degrees, but they have skills that are needed for Canadian companies," Snider said.

Adapted rules could recruit self-taught people in the high-tech, programming or graphic design fields, for example, who didn't go through a university program but have the valuable skills employers need added Sniders.

The Liberal Governement have launched the Global Skills Strategy to attract top talent in an increasingly competitive international market, and Snider said Canada's welcoming reputation gives us an edge for highly skilled workers looking for a place to settle.