Research reveals what drives expats to make their move

New research by an international removals company suggests that 34.8% of the expats they deal with make the move to across foreign borders for better career prospects, greater income opportunities and to advance their lifestyle. These expats noted in the report by MoveHub that they were either transferred with their current or had secured a dream job with a new employer. 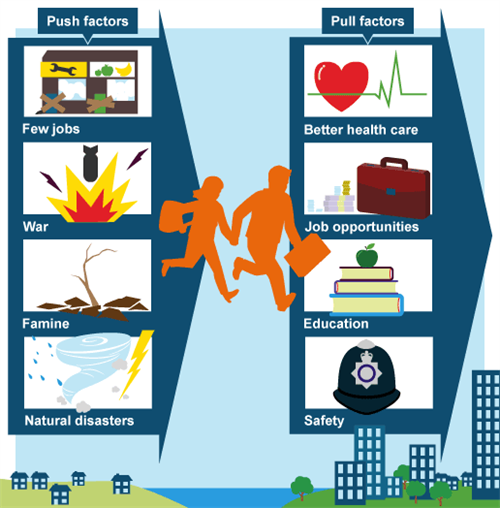 Those interviewed also listed wanting to gain valuable work experience, a new environment, interest in other cultures and an adjustment in their lifestyle as reasons that motivated their decision while 20.9% said they were packing up to join family, mostly spouses, already living in another country.

Young professionals are most likely to investigate foreign based options with 65.6% of those who had participated in the research being between the ages of 25 and 44 – the age range which scores the most points in countries employing a points system for their visa selection process.

The report found that the least common motives for relocating to foreign soil are for retirement with just 0.9% of the respondents saying they were moving to retire.
Following closely behind the youngest professional migrants are those between the ages of 45 and 54 with older families. The study suggests that this group is more financially stable, have well established careers, and their children are more independent. Many of this older generation have been global nomads before, paused for kids, and are now moving again thanks to their freedom once their kids have grown up.

The MoveHub report said that 28.8% of professional migrants either have citizenship of the countries they are moving to, or are moving between certain areas where they usually do not require a visa, such as within the European Union.

According to the report’s findings, based on their evidence, 6.38% of their clients moved to Australia and 3.3% moved to Canada reflecting a continued interest from international expats in both countries.

“The global nature of business has created a society which is far less rooted to its location and a new generation which sees distance as no impediment. While most nations still seem to opt for countries with a shared language, there are also many hundreds of people who have learnt a new language and moved to live in a new culture,” the report says.

“There has been a 15% increase in enquiries for international moves compared to the previous financial year and this should only increase in the coming years. For professional migrants the world is full of possibilities and as they have shown over the past year, the country offering the best jobs, lifestyle, and weather, wins,” it adds.