“Their contentment comes from family, friends and having time to pursue their interests. Older New Zealanders now live longer on average than people at any time in the country’s history,” says the article. 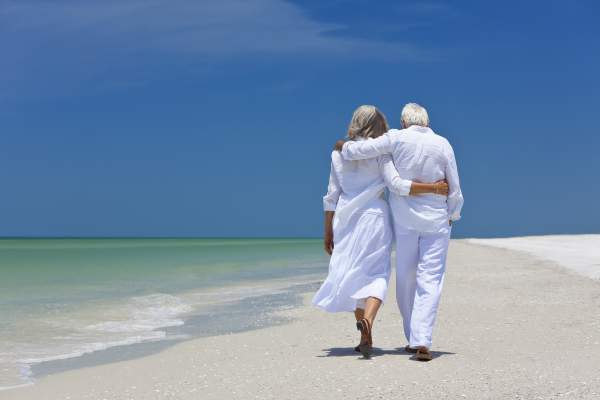 Recently New World Immigration reported on the fact that New Zealand also ranked first out of all countries for the best "expat experience" in a recent HSBC survey. The category covered an expat’s lifestyle, the level of ease in which they set up in their new country, how well they integrated into the local community, and their overall quality of life.

“The Kiwi government’s entry criteria for retirees are stringent, but if you can meet them the rest of the process is straightforward, especially if you have children already residing in the country. Applicants will have to prove that they are healthy, financially independent and have access to enough funds to sustain their lifestyle in New Zealand.

“New World Immigration can help with this, your visa application and even finding a great new home,” adds Ms Farthing.

New Zealand has traditionally been popular with British retirees looking to move overseas and there are currently an estimated 60,000 British pensioners living there but South Africans are now increasingly considering doing the same.

Before this, Immigration New Zealand did not have a fixed retirement policy, and did not accept British migrants over the age of 56.

The temporary retirement visa offers a two-year permit for British people who wish to spend some of their retirement in New Zealand, provided that they invest in the country.

It requires at least NZD $750,000 in qualifying investments, as well as NZD $500,000 for maintenance, and an annual income of at least NZD $60,000 from pensions and other investments. This visa can be renewed after two years, provided that settlers continue to meet the criteria.

The parent visa grants permanent residency to applicants who have an equal number or more of their family inside New Zealand than anywhere else. These applicants are, however, also required to meet financial criteria, as they must offer at least NZD $1 million in qualifying investments over four years, as well as NZD $500,000 for maintenance and an income of at least NZD $60,000 per annum.

The New Zealand state pension is known as Superannuation. It is one of the world’s most generous pension schemes and is described as a ‘national treasure’.

Expats need to have spent 10 years in New Zealand and be permanent residents in order to receive superannuation, which is payable from the age of 65.

Superannuation is calculated on 66 per cent of the average couple’s wage after tax. Payments can be made to single people or married couples. It is expected that most people will also save into a private pension scheme in order to supplement their retirement income as it is unlikely that the Superannuation will cover anything more than basic living costs (see below, living costs).

Many workers will have a private scheme operated through their employer although it is possible to set up a private pension scheme independently.

This is a voluntary, work-based savings scheme designed to help employees save for their retirement. Contributions are deducted from your pay - you can choose the amount, normally either 3 per cent, 4 per cent or 8 per cent. Employers also contribute. Savers receive an annual member tax credit paid by the government. These savings schemes are managed by private companies - known as KiwiSaver providers.

A SuperGold Card, a discounts and concessions card for seniors and veterans, will be sent to you automatically once you have been granted New Zealand Superannuation.

For more information about retiring in New Zealand contact Sarah Farthing at New World Immigration. The team offers a free consultation and suggestion based on your specific needs. They also bring years of experience in visa applications to the table and will ensure the best possible outcome of your application.