If you’ve had enough of crime, corruption, unemployment, poor infrastructure and violence the HSBC Expat Survey says you should pack your bags for Australia or Canada. It seems that the expats who took part in the annual HSBC survey continue to rate their experience living and working in Australia and Canada as some of the best in the world. 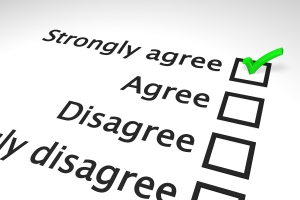 The survey found that, for the third year in a row, expats living in Singapore are the happiest with their expat lives followed by those living in Norway, New Zealand, Germany and the Netherlands. Canada placed sixth and Australia 7th in the raking.

For the report, more than 27,500 expats weighed in about their experience abroad, making it one of the largest surveys of its kind. This year marks the report's 10th edition.

According to the survey results, expats move to Australia for the sunny weather and good employment prospects. There are plenty of reasons to stay. More than a third (34%) of those surveyed say their social life is better than at home and 75% feel they are integrating well with their culture, compared to a global average of 64%.

While those who choose Canada do so so they may live in a stable, safe, and very friendly country. Expats ranked the North American country as one of the most welcoming and tolerant of diversity: 76% say their new home is more open-minded than the country they come from.

Here are the top expat destinations according to the HSBC Expat Explorer 2017 survey: