The Pros and Cons of Life in Canada

You might be considering immigrating to Canada or living there as an expat and no doubt the potential pros and cons of uprooting your family and starting in an unfamiliar country must have crossed your mind. 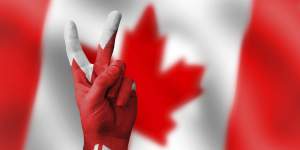 This article discusses some of the pros and cons.

In order to continue with economic growth and due to skills shortages in many industries the Canadian government continue to emphasise the need to attract foreign workers to the nation.

Canada’s approach to immigration is nothing new - what has changed, however, over the past two years is the state of the rest of the world. While unemployment continues to grow elsewhere, Canada remains largely unaffected.

Thus expats who have the skills and experience behind them will find that the economic climate in Canada can potentially be more welcoming than those nations hard hit by the global recession.

With no shortage of jobs in Canada the deal is sweetened for expats by Canada’s affordable and high quality healthcare.

The country and the government no doubt mean business when it comes to making it as appealing as possible for migrants living in Canada.

Canada has been a welcoming home to immigrants from around the globe. Expats relocating to Canada can expect to find multicultural communities accustomed to interacting and integrating with those from abroad; a point that can make a big difference in initially becoming comfortable in your new environment.

If you want to move to a place where you feel 100% secure because the crime rate is so low than Canada should be on your short list. Canada experiences one of the lowest crime rates in the world. Canadians experience less violent crimes, less break-ins and less crime overall than many other countries.

Canada offers many social welfare programs that are helpful. While the health care system takes a few hits here and there it is overall a very good system that treats people fairly. There are many social programs that are focused on education and training to help people get highly skilled jobs.

Canada’s educational system is a well-balanced system and the country is well known for providing the funding that is needed to make their schools a success.

The Great Outdoors really is great

The natural scenery in Canada is as diverse as the population from the oceans to the lakes, to the mountains and snow covered tundra Canada offers all the beautiful breathtaking beauty you could want.

Canada offers a full range of outdoor activities. If you stay on the east coast in a place like Nova Scotia you have easy access to the ocean for fishing and boating. The central part of the country offers great hunting opportunities. The entire country offers great hiking opportunities. Canada as a whole offers a great deal of natural beauty to explore with a bustling population of wild life.

It is a respected country

Canada enjoys a reputation of being a great country that treats its citizens well. It is rarely involved in global conflicts and its people while very diverse live in harmony.

Then what are the Cons of Living in Canada

Canada has a national health care system (socialized medicine) which some people are very satisfied with while others point out the obvious and say “if you are in a car accident or have a sudden onset illness than Canada is where you want to be but if you have something that requires long term care be prepared to wait a long time”. The wait times for things like elective surgeries or care for minor conditions can be very long.

Yes, healthcare was listed on the pro list as well as here because it is a dual edged topic. There are great points about the health care system in Canada but there are also bad points and South Africans are in many aspects used to a whole lot worse than waiting for elective surgery!

The government is literally in every aspect of a Canadians life from where they go to school to whether they are eating trans-fat in the restaurants. A lot of people feel that there are a lot of rules to deal with in Canada and that the government micro manages citizens.

Yet this has resulted in the country being one of the best in the world and when the greater good is considered, it’s hard to fault order and regulations that work.