The year that was and how it affects 2018

Canada underwent a number of exciting changes on their immigration front that has placed the country in the lead with regards to international immigration and has firmed its position as a top innovator in terms of immigration legislation. 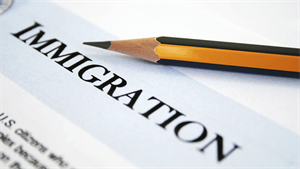 A recent article took a look at the changes that Immigration, Refugees and Citizenship Canada (IRCC) underwent in 2017 and how it will impact on applicants in 2018.

IRCC showed a sharp rise in the number of Invitations to Apply (ITAs) issued in 2017. This corresponded with a significant drop in the cut-off CRS scores with most cutoff scores ranging between the 430s and 440s. The year also saw unprecedented lows of 415 and even 413.

The article notes that contributing to the drop in the CRS cut-off scores in 2017 was a change introduced by Immigration, Refugees and Citizenship Canada (IRCC) in November 2016 that reduced the number of points awarded for a job offer to between 50 and 200, down from 600. The impact of this change was evident in the cut-off scores for draws in the first half of 2017, which dropped steadily from 468 on January 4 down to 415 in April and finally 413 in May.

The Provincial Nominee Programs (PNPs) became increasingly popular as a fast-track to a Canadian Visa. These programs essentially allow certain Canadian provinces and territories to nominate a set number of immigrants each year. Every provinces PNP is designed in such a way as to address that province or territory’s specific labour need.

In 2017, the federal government had a target of 51,000 nominations under Canada’s various PNPs. Alberta and Manitoba who had previously not participated in the program is said to be considering PNPs by 2018.

We have written quite extensively on the Atlantic Immigration Pilot Program which was designed to address the labour needs of a single province or territory, the AIPP is an innovative, region-based first that involves the provinces of Nova Scotia, New Brunswick, Prince Edward Island, and Newfoundland and Labrador.

According to Canada’s immigration minister, in 2017, the country was most serious about reuniting migrant families in Canada with parents and children still in their country of origin. This attitude is likely to continue into 2018.

The Canada Immigration News article states that in August 2017 IRCC confirmed that 84,000 immigration places had been made available for the families of permanent residents. IRCC said this represents more than 25 per cent of planned immigration to Canada for 2017 and an increase of five per cent over 2016 Family Class immigration levels.

The IRCC also promised to half visa processing times. Spouses and common-law partners also benefited from IRCC’s decision to extend its Open Work Permit Pilot that lets them work in Canada while waiting for their applications to be processed.

IRCC also reopened its Parents and Grandparents Program (PGP) in 2017 to accept 10,000 new applications and decided that dependents up to the age of 22 (previously 19) may be included in a family sponsorship application.