A definitive end to Temporary Passports

A definitive end to Temporary Passports 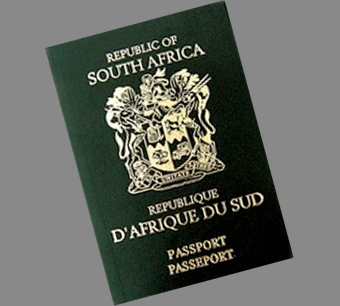 The South African Department of Home Affairs confirmed that as of 1 September 2014 temporary passports will no longer be issued to persons awaiting their official passport documents.

On Thursday, 21 August the South African Department of Home Affairs announced that temporary passports will no longer be issued past the cut-off date of 1 September 2014.

Temporary Passports previously (and until 31 August 2014) have been issued to persons urgently needing travel documents while awaiting the issuing of their official passport document.

The need for Temporary Passports arouse from the excessively long turn-around time previously experienced with the issuing of official passports. This document serves as a bridging document until the official passport document could be obtained.

But new reports from Home Affairs have indicated that, due to drastically improved processing systems, Temporary Passports have been declared redundant.

Speaking on behalf of the DHA, Mayihlome Tshwete said, “The turn-around time for a passport applied for on our Live Capture system takes 13 days, while that applied for using the manual system is issued within 24 days.

And of emergency travel documents Tshwete said, “Emergency Travel Certificates are issued on the same day in consideration of the nature of circumstances presented as an emergency need.”

Tshwete also said that reports of people being denied access to certain countries while traveling on a temporary passport have been confirmed. He added that this has resulted in accusations and claims against the department in cases where citizens were refused entry into a particular country despite being in possession of a Temporary Passport.

Emergency Travel Certificates will only be issued to applicants in a serious emergency such as that the travellers passport was lost while abroad or for the purpose of assisting a family member in distress or in a case where the applicant plans to attend the funeral of a family member.