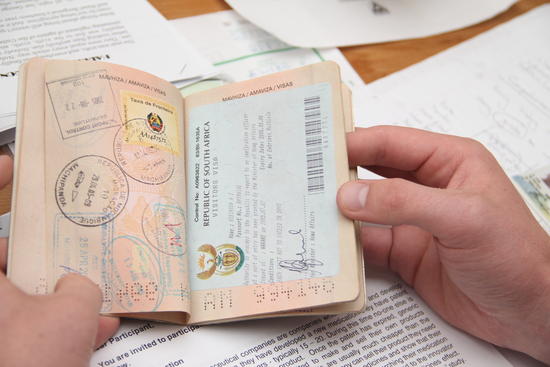 On Thursday Gigaba said to the press, “On the 12th of August, 2014, I announced the establishment of the Zimbabwean Special Permit (ZSP) of 2014 allowing Zimbabwean holders of this special permit to work, conduct business or study in South Africa for three years, until the end of December 2017.

“As explained then, only the approximately 245 000 holders of the Dispensation for Zimbabweans Project (DZP) are eligible to apply for the ZSP.”

He confirmed that the Department of Home Affairs will be ready to accept and start processing the Zimbabwean Special Permit applications as of Wednesday, 1 October 2014.
According to Gigaba the department is now completely prepared to process the more than 245 000 permits.

Gigba made the following commitments in his speech to the press:

• Capacity has been set aside within our permitting section to be able to process the applications.

• Currently there are 120 dedicated staff members who will be dealing with ZSP adjudication.

• From October 1st, Zimbabweans will be able to apply online as per the initial plan.

• To this end, a website will be up and running to allow this process to take off.

• In response to concerns about computer literacy and internet access, we will monitor this closely to see if these become issues, and mitigate accordingly. We are confident that internet access is sufficiently high in SA.

• As for applicants knowing how to actually complete their application, we will work with groups of stakeholders such as this one to publicize and demonstrate the correct procedure.

• We explained previously that we would announce the application fee, after finalising the costs associated with the administration of the ZSP.

In line with the ‘user pays’ principle, and like the vast majority of countries, we charge applicants for visas and permits for the cost of administering them.

The application fee for the ZSP is set at R870.

Gigaba said that the Department believe this fee is reasonable, when compared with visas and permits of similar duration.

“It is also reasonable, when considering the infrastructure we are setting up to allow applicants to apply here in South Africa, without having to leave the country as would usually be required, with associated travel costs for applicants,” said the minister.