Boy who was banned from an SA flight

"You can all go without me," Riley told his family as he was denied boarding his flight to South Africa based on the fact that his surname is different to that of his mother’s. 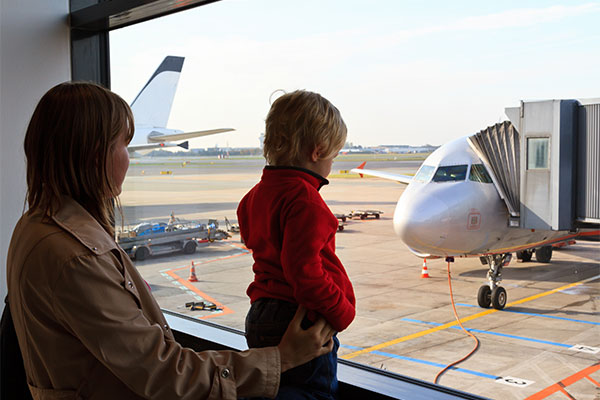 However, upon arriving to check in on at Manchester airport on Saturday, Turkish Airlines staff would not let Riley board the flight. Rachelle had her ID and Riley’s birth certificate to prove their relationship but did not have written consent through a solicitor from Riley’s father to take Riley out of the country. According to the country’s new travel laws all paperwork must be diligently completed and available before a child will be allowed to enter or exit the Republic. This includes permission for the child to travel from the parent not present, an unabridged birth certificate for the child and a valid passport.

Rachelle claimed she was not made aware of the new legislation and the fact that she needed this document when booking the ticket two years ago.

And although Riley’s father, Jason Fernandez had no objection to Riley going on holiday to Johannesburg for a 17-day trip, sufficient evidence of his approval could not be presented to immigration officials.

Jason even arrived at Manchester airport to give permission in person, but the staff would not reverse their decision as there was no solicitor’s letter.

The family managed to get an official letter from the South African government but employees turned it down as it arrived just two minutes after check in closed.

The saddest part for Rachelle was when Riley turned to the family and said, “You can all go without me”.

Instead the whole family returned to their home in Blackburn, Lancashire.

Stassen said on Facebook that she was, “Absolutely disgusted with Turkish airlines. Arrive at the airport to be told I cannot take my son on holiday as I don’t have written consent through a solicitor to take my son out of the country.

“His dad came to the airport to give consent but still nothing! We got permission from the chief immigration officer in South Africa for permission, actually emailed directly to the airline but nothing!

“Now we have a devastated family unable to go on holiday to visit relatives for Christmas. Very unhelpful people that did nothing. Totally disgusted and will be talking to the papers. £2600 down the drain.

“Our family is going to be on its own as other close family in England has gone away. Kids have already opened presents because father Christmas came early in preparation for the holiday.

“Because of work we had to get special permission to get annual leave a year in advance for no reason. I will go out of my way to warn people against this airline. Even the chief immigration officer in South Africa has confirmed that all we needed was consent from his dad. We did not need this in writing, his birth certificate and passport was all we needed – which we had!

According to news reports Dr Ali Genc, a spokesman for Turkish Airlines told the Daily Mail that the family did not have the correct documentation. “We have launched a detailed investigation to examine the matter.

“Following our investigation of that issue, we have concluded that our relevant passenger was not in receipt of the relevant authorised permission forms now required for a child travelling with only one parent.

“As such, staff were left with no other alternative but to refuse travel for the child in question.

“Upon realising that the child was travelling without the correct documentation, our relevant staff followed procedure and contacted their colleagues in Johannesburg who advised that the child in question was not permitted for entry into the country without this aforementioned documentation.

“In conclusion, we apologise for any distress that was caused to our relevant passengers, however we are not able to make exceptions to the rules relevant to our child passengers, concerning the sensitivity of the travel of such passengers of ours.’