According to the newly released press statement, issued by the Department, minors travelling to and from South Africa will still be required to present an unabridged birth certificate over the festive season. 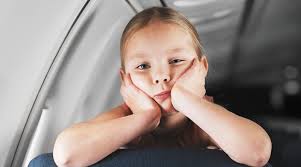 While the law, which came into effect earlier this year, has been met with harsh criticism Minister of Home Affairs Malusi Gigaba remains convinced that the strict criteria is instrumental in combating child trafficking and will ultimately serve to protect the country’s children.

Gigaba on several different occasions stated that the law, requiring additional paper work including an unabridged birth certificate, is necessary, effective and not to blame for the reported decline in tourism figure – instead laying the blame at the feet of the Ebola virus scare.

Home affairs Director-General Mkuseli Apleni said that besides the unabridged birth certificate, in the case where one parent is not travelling, an affidavit confirming parental consent to travel will be required.

“For all the children under the age of 18 years, including unaccompanied minors, an unabridged birth certificate is still required. This is in addition to the requirement for a valid passport and visas where applicable.”

Last week, the department refuted claims that it was dragging its feet in implementing changes to its visa regulations reports Eye Witness News.

In October, an inter-ministerial committee announced changes to the laws that require biometric testing and the presentation of an unabridged birth certificate for children travelling into South Africa.

The department was accused of stalling the implementation of changes that will see the amendment of both these requirements.

Since the new laws came into effect in June, the tourism sector has reported significant losses which experts say are worse than expected.

For professional help with your visa applications contact the team of trained and registered immigration experts at New World Immigration.