Unwavering immigration officials and a misinformed embassy set in motion a distressing series of event which ended in a little girl being refused entry into, and banned from, South Africa – her parents’ home, and a country she has travelled to on many occasions in the past. 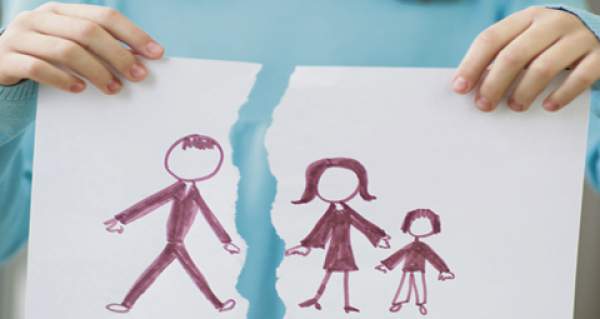 Yaron Schapiro said to the Cape Times that he and his wife had two children when they left to live in Israel in 2008. The Schapiro’s moved to Israel to look after Yaron’s ailing mother. While in that country, their daughter Noa was born on 28 January 2010.

Thinking that she was a citizen by virtue of being the child of two South African parents, they never registered her with the South African embassy in Tel Aviv explained Noa’s distraught parents.

In the meantime Noa got an Israeli passport as a dual citizen, and travelled back and forth to South Africa with that document.

“We came back last year, and Noa came in with an Israeli passport. They (immigration) stamped the passport and did not tell me anything,” said Schapiro.

“Noa is not the first young child to be banned from entering the republic,” responds Robbie Ragless, immigration practitioner and CEO of New World Immigration based in Cape Town.

“It has happened several times now that children have been refused entry into and out of the country when the proper documents are not available at the port of entry.

“More worryingly is the number of parents and even young children declared undesirables and banned from entering the country for up to five years for overstaying their visa conditions,” comments Ragless, “and it has meant that families have been ripped apart over an avoidable mistake.”

Last year a 10-month-old British baby girl was banned from entering the country thus unable to visit her father.
The girl's mother, who lives in the UK with dual citizenship, spent time in the country during her maternity leave to introduce her daughter to her family. But when she tried to leave the country or about three months later, officials told her that her child had overstayed her tourist visa by 18 days and that he daughter was now declared "undesirable" and banned from re-entering South Africa, where her father lives, for five years.

While in June last year an American doctor and her children were finally granted entry into the Republic after suffering an eight-hour detention ordeal at OR Tambo International Airport. The doctor could not produce a document by which her husband and father of her three children granted her permission to travel across international borders with their children.

“The new law stipulates several requirements when travelling through a South African border post with an underage child,” comments Ragless

“An unregistered child would certainly raise alarm bells at any port of entry and so would the absence of sufficient proof that both parents of the child agrees that the child may travel overseas.”

Ragless explains that in 2013 the law on birth registrations was amended and the new regulations came into force on March 1, 2014, which states the birth of a South African child has to be registered within a period of 30 days.

He adds that travel laws have also changed and requires require an unabridged birth certificate to be available for every child traveling into and out of the country. Divorced parents and other adults traveling with a child must also present immigration agents with proof of consent for the child to leave the country from guardians and parents not travelling with the child said Ragless – an unregistered child would not have a proper birth certificate.

Ragless encourages parents to ensure that their children’s travel documents are in order, “There are no exceptions,” warns the immigration expert, “please do not think that even if your child is a baby they will be spared being refused entry into the country if their travel documents aren’t 100 percent correct.”

Noa’s family was caught off guard, “I never thought about it, I did so much bureaucracy (getting the children into school and driver’s licences). If I knew I would (have to change Noa’s immigration status, I would have) run to Home Affairs to fix it,” said her dad Mr Schapiro.

Schapiro added in his comments to the Cape Times that he had enquired about his daughter’s status with the South African embassy in Tel Aviv and they told him he could “sort it out in South Africa”.

He said the immigration official who made the decision should have been more thoughtful, considering both Noa’s parents are South African, and ordering a five-year-old out of the country did not make any sense.

Schapiro had to send his wife and daughter back to Israel at great expense, while he and his two older daughters, one of who is deaf, had to stay behind in Cape Town.

In reaction the Department of Home Affairs spokesperson Mayihlome Tshwete said Noa’s situation could still be salvaged and the department would investigate the case.