Mr Gigaba told reporters at a VFS Global centre in Johannesburg that the process of regularising the stay of thousands of Zimbabweans living, studying and working in SA was moving smoothly, with shorter queues and a reduced likelihood of bribery and corruption than in 2010 during the DZP process. 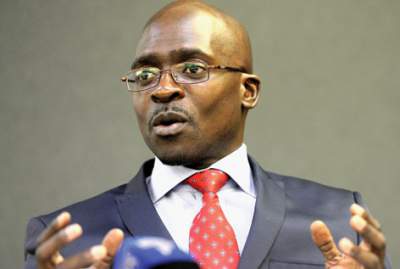 The Zimbabwe Special Permit is given to Zimbabweans who hold the DZP permit and is valid until December 31 2017. It allows them to remain in SA and apply for a visa relevant to the terms of their stay in the country.

However, think-tanks are nervous that the permit’s scope is too narrow to accomodate all Zimbabweans looking to regularise their stay and that deportations in terms of the Immigration Act remain likely.

Mr Gigaba said while most of the 245,000 eligible Zimbabwean nationals made ZSP permit applications throughout the country, those who did not make an appointment by the end of this month would not be considered for the permit.

"There are 206,936 people who have booked appointments at VFS Global. The … applicants who still have to book their applications have until end of March to do so. The outstanding ones are encouraged to meet the deadline for application by March 31 or they will forfeit their right for the ZSP permit," Mr Gigaba said.

Mr Gigaba said the only applicants for the Zimbabwean Special Permit who are likely to be unsuccessful would be those who are unemployed, without business or a place of study in SA.

He said some of the DZP holders who did not apply for ZSP permits might have already secured visas or left the country.

Senior researcher at the African Centre for Migration and Society, Roni Amit said while it was important to regularise the stay of Zimbabwean economic migrants in SA, the process needed to accommodate many more Zimbabweans, as well as other nationalities.

"Anyone who came here after 2010 would not count and anyone who was excluded in the first round doesn’t have a chance of extending their stay," Ms Amit said.

Innocent Sibanda, a Zimbabwean working in Johannesburg, said he was relieved that his stay was extended until the end of 2017, but was worried about what he would do to remain in SA afterwards.

"I am currently working in the food industry here. I need to have my stay extended to keep working. But I have never considered getting a visa before. I only applied for the DZP (permit) and I know that this time around it was much quicker," Mr Sibanda said.

However, he said he had never applied for a work permit or any other kind of visa at home affairs. He said he knew "many" DZP permit holders who would qualify to have their stay extended but did not apply for the ZSP.
Source: BD Live