Can the new VFS visa application centres, employed by the South African Department of Home Affairs, cope with demand?

Speaking on behalf of FIPSA (Forum of Immigration Practitioners) Rod Maxwell, CEO of SA Migration International says, “No.  The newly employed Visa and Permit Facilitation centre is rife with system problems and insufficiently trained staff and or proper guidance prior to implementation of the systems, that including the failure to do the ‘trial and test’ in smaller offices,  is adding to their pressure.”

FIPSA have been inundated with calls and queries from migrants experiencing un-due delays in their visa applications, long waits at VFS Global centres and systems that are not properly programmed leaving information gaps in visa application documentation.

Knowledge of immigration laws also seem to be severely lacking with abundant reports of misinformation of visa applicants by VFS Global.  One such case is that of Talent Chakaipa who was mistakenly advised to apply for permanent residency when she should have been advised to apply for an extension of her spousal visa. Another contentious issue is the appointment of Home Affairs staff member, Ziphora Sinekoane, who was acting as The personal assistant of home affairs chief director Jack Monedi. 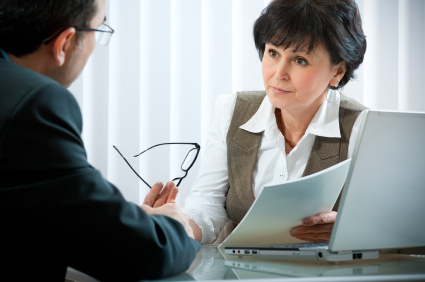 Earlier this year the Department of Home Affairs announced that 11 Visa and Permit Facilitation centres would be opened in 9 South African provinces.  Visa applications would continue to be assessed by the Department of home Affairs in Pretoria but non-South Africans with a legal residency permit in South Africa can apply for a visa or permit at these centres. There are no guidelines for refugees such as Zimbabwe nationals on Special Dispensation for Zimbabweans Project, Asylum and Refugee cases as to how these applications are processed via VHS offices , checklists do not make provision for … Furthermore, it seems that the Department has outsourced the services and as they claimed, “Streamlining the services” … now at a cost to the client.  Over the years, the Department rendered this services FREE of CHARGE and due to an apparent inability to manage systems properly, they now hand over the accepting of applications ONLY to a private organisation … !  However, THERE is NO GUARANTEE that the permit will be issued quicker, more correctly or even so … at all!

In June media reports of delays at these centres started pouring in with newspaper headlines painting a grim picture of the VFS system.  Tourists and business people were facing frustrating delays in obtaining their visas which often stretched to a wait as long as 30 days for something that is supposed to be delivered within five days.  This resulted in the cancellation of as many as 60% of tours to South Africa – a huge knock to the tourism industry which relies on every penny during the South Africa winter season.

Business Day live reported on 25 June; “Immigration  practitioners who claim that the new immigration laws gazetted by the Department of Home Affairs will put immigration agency employees out of work marched to the department’s Johannesburg regional office on Wednesday to hand over a memorandum”.

“This is only the latest instance where professionals have challenged the knotty laws. The new immigration regulations have also sparked concern among foreigners visiting, living and working in South Africa, and legal practitioners are also planning to contest the laws.”

The new law which came into effect on 26 May has amongst other complications barred visitors from reviewing or changing their visa status while they are in the country, as they would have to do this in the country where they reside.

Contrary to popular belief, not all people have a positive image of SA and they need to see if SA would meet their needs and expectations in respect of business and skilled individuals, considering that we have high levels of reported crime in the electronic media.

This flammable situation has left thousands of people trapped inside and outside country border's and have been left in the dark with nowhere to turn as none of the government institutions or even VFS Global are willing (or able) to assist.

Another grave concern raised in the memorandum presented to the Department of Home Affairs is the serious risk the employment of VFS Global presents to the survival of immigration companies and those employed by them.

The memorandum also requested that the department revise and debate the new laws and allow for a grace period of 12 months to allow parties affected to make the necessary adjustments to their status.

The same media report states that VFS Global does not have the necessary knowledge of immigration law to facilitate applications efficiently.

It seems that VFS Global’s system is not all it promised to be.

“The current VFS Global infrastructure seems to be able to handle only a quarter of the applications it was employed to manage.  Set appointments with consultants are grossly delayed with applicants waiting in line for up to four hours,” added Maxwell.

In light of the problems experienced with visa processing at VFS Global is seems that migrants would be in a better position by continuing to apply for their visas through immigration professionals registered with FIPSA. With VFS, applicants nominate their category and have to navigate through a myriad of complex laws to make their decisions. Compounding matters is that VFS will take any documents provided by the client resulting in many incomplete applications which will result in rejections. In making the application the client has a view that they have complied with new visa regulations. Imagine the shock and disappointment to a client, when the visa is rejected through a administrative process caused by lack of supporting documents.

FIPSA is a professional body that has been monitoring and regulating immigration practitioners registered with them and has started a process of holding immigration professionals accountable and to a high level of industry professionalism. This was a task that the Department had to fulfil since the inception of the Act in 2002, which they failed dismally and hence the withdrawal of Section 46 from the Act.  As such, they are blaming the members for their apparent inability.