South African Department of Home Affairs who deported a Botswana national accused of murder in his home country was attacked in the Pretoria High Court yesterday. 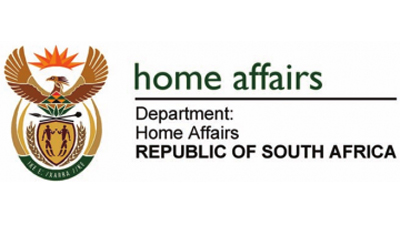 In a case New World Immigration reported on earlier this month, a Botswana national accused of murder, Edwin Samatose was deported to Botswana from a Polokwane prison last month. This came despite attempts to draw the department’s attention to a non-surrender order issued by the minister of justice and correctional services.

Timeslive reported that, Judge Eberhard raised the question that, "If they knew he was facing the death penalty and surrendered him voluntarily, why should this not surmount to attempted murder?"

Minister of Home Affairs Malusi Gigaba is cited as the first respondent in the application, which he is opposing.

According to the news report a further three department employees have already been suspended and Lawyers for Human Rights (LHR), representing Samotse, has called for an investigation into how the deportation happened.

In what seems to be a case of negligence the court yesterday heard that a senior legal adviser had failed to circulate an e-mail that alerted the department to the non-surrender order which would have kept Samotse in a South African jail. This came after the Botswana government refused to give assurances that Samotse would not be executed if he was sent back home.

In a court statement it emmereged that the email sent to the officials remained unopened and was not read in time to stop the deportation.

In response to this information the South African Department of Home Affairs claimed that these were "isolated" incidents, but the LHR accuses the department of trying to "insulate" senior officials.

Judge Bertelsmann questioned if the officials involved had not though “any red lights went off” before the man was deported, despite claiming not to have read the e-mail containing the non-surrender order.

"There is a huge responsibility on the department. How can [court] orders that mean life or death lie around and gather dust, while the life of a vulnerable individual is left at risk? We are dealing with death," Judge Bertelsmann empasized.

Bertelsmann continued to say that he was gravely concernd that it seemed that South Africas Department of Home Affairs, responsible for immigration and deportation of foreigners were apparently not aware of a basic principal of the South African constitution namely that South Africa does not surrender people to another country if they face the possibility of the death penalty.

At the same time Samotse's lawyer, Maryna Steenekamp SC, said there was a ''culture" at the department of acting contrary to court orders.
Judgment was reserved in this case.