While the Department of Home Affairs opens themselves up to legal action, one everyday hero places discretion ahead of red tape.

When one of New World Immigration’s clients, who had to travel between the United Kingdom and South Africa last week, entered passport control at OR Tambo International Airport he faced being banned from South Africa for at least five years.

Unbeknownst to the British national, who prefers to remain anonymous, his expired South African visitors’ visa could see him banned from South Africa, where his family resides, for up to five years! Our client had been making a life for himself in South Africa and had at this point also applied for a life partner visa – which is yet to be issued to him. 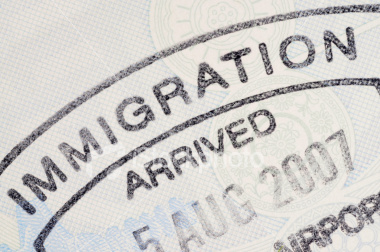 The South African Department of Home Affairs had recently taken a very strict approach to the conditions of the various South African visas and in accordance to Directive 9 of the new legislation any foreign national in possession of an expired South African visa would not only be denied access to the country, but will also face being banned from entering the country for up to five years while being branded as an ‘un-desirable’.

Leaving OR Tambo International airport our client was asked to accompany a border control official into an office. Expecting problems and delays at immigration it was a huge relief when the official ignored the dictations of the red tape imposed by South Africa’s new travel and immigrations laws and instead applied common-sense and refrained from banning the traveller from entering South Africa again.

Explaining to the Englishman that he could get into trouble for ignoring the directives of the new laws this philanthropist took pity on the traveller and made a note on his file which will assist him in returning to South African soil unhindered.

While the law makers are insisting that the new visa regulations are constitutional it is men and women at the front-line and behind the immigration control counters whom have seen first-hand what impact the laws have had on families, loved ones, careers, businesses and tourism.

Not many officials can be expected to apply common sense over their instructions on how to enforce the newest laws but this unlikely hero took a chance and a stance in protest to the effects of the new law.