"I think what we need is robust discussion with relevant countries, particular India and China, which are sending us more tourists for us to provide them consular services without us having to relax the (SA visa) requirement," he told reporters in Pretoria. 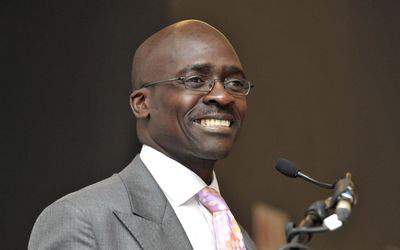 "We understand the views of the different parties, but as home affairs we have to do a balancing act between economic development and national security. We wouldn't want any surprise."

He said South Africa's immigration regulations had been breached previously.
Last year, Gigaba had a meeting with his tourism counterpart Derek Hanekom, who has publicly expressed concern that the new immigrant rules would damage the country's lucrative tourism sector.

The new requirement for in-person biometric data collection when applying for a visa to South Africa, in particular, has met with concern from the tourism sector.

The ministers told reporters they had agreed to co-operate to increase the number of visa application centres abroad, particularly in India and China, who were rapidly growing sources of tourism revenue. Each of those countries had only two such centres.

The number of visitors from China has grown by 235 percent in the past five year, and those from India by almost 80 percent, according to Hanekom.

On Tuesday, Gigaba said other countries had stringent immigration regulations.
"We know it causes inconvenience for the ordinary traveller, but it causes for me when I travel to the United States to have to take off my jacket, belt, shoes, socks and to hold on to my pants so that they don't fall, in order to get into that country," he said.

A joint task team was established last year between home affairs and the tourism sector. Tourism players in the team include aviation and hospitality.

"One of the things we indicated to them is that we welcome any new ideas about what we could do. There are going to be announcements, we will make, that will make it extremely convenient for tourists to come to South Africa," he said.