South African employers must make very sure that they are sticking to immigration and employment rules when it comes to employing foreign nationals. 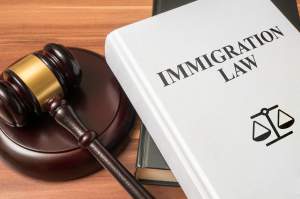 Minister of Home Affairs, Malusi Gigaba said in a recent press conference that the Department will be investigating concerns raised about companies allegedly employing more immigrants than is lawfully permitted.

Gigaba has confirmed that the Department is investigating claims that PPC Cement are employing more migrants than is allowed by the country’s immigration and employment practices – resulting in these migrants being employed unlawfully.

The department says the inspection will form part of a broader investigation to ensure that companies comply with the requirement to employ a minimum of 60% South African citizens.

The minister says South Africa has already experienced attacks on foreigners, some of which were sparked by anger over certain employment practices.

“The burning issue currently is the grave concern that has been raised to us my many citizens, labour stakeholders and affected government departments. The crux of the matter, as observed, is that many businesses, particularly in the construction and hospitality sectors, do not hire South African workers, preferring immigrants.”

The minister says when companies do break the law, the Home Affairs Department wants to take a collaborative approach before resorting to confrontation.

Your responsibilities as a South African employer

To comply with South African immigration legislations, you have two main responsibilities as an employer:

• Illegal foreigners may not be employed. This means the employer must ensure visas, permits, passports etc are legal and relevant
• Do not employ a foreigner in any position or allow a foreigner to perform a work function not allowed by his or her visa or permit
• Ensure that you do not employ more foreign nationals than is permitted.
• Employers should take special care to ensure that all South African conditions of employment rules and regulations are adhered to.

If companies are guilty of unlawful employment of foreigners

If it is found that you are employing illegal foreigners or employing foreigners outside of the allowances of their visa or permit, you could face a prison sentence, as mentioned, or a hefty fine. The fines have been noted in the Immigration Act and range from R7 000 to a possible R50 000 per person, depending on the contravention. Taking into consideration the attitude of the Department of Home Affairs, you can be certain that fines will be enforced and they will be harsh.