South African visa regulations: Tourists are being turned back home

A bride-to-be, Nadine Parent said to IOL that she will “kiss the ground” when she eventually lands at King Shaka International Airport on Tuesday after almost having to cancel her uMhlanga beach wedding on Wednesday because of South Africa’s visa requirements.

Parent and her fiancé, Grant Hughes, both formerly from Durban, were not allowed to board an Ethiopian Airlines flight from Heathrow to Addis Ababa where they were to connect to Durban last Thursday, because Hughes’s children – Caitlin, 11, and Keagan, 15, who were with them – did not have unabridged birth certificates.

The couple, now living in Suffolk in England, said they were unaware of the Department of Home Affairs regulations.

Hughes said the couple planned to marry in Durban because their parents were elderly and unable to travel. All the wedding arrangements were in place and everything was paid for, Hughes said.

“I lost my wife three years ago to cancer, and have become used to walking around with her death certificate just so that my kids can fly with me … what I was not aware of was that, because of new regulations, I would now be required to carry my children’s full unabridged birth certificates too.” 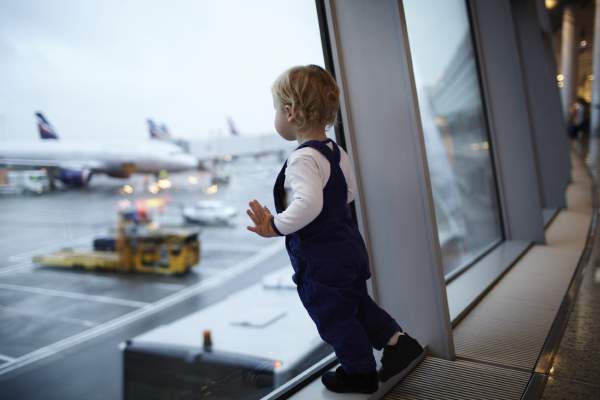 Hughes said there was no information on the airline’s website about the regulations and the travel agent, DialAFlight, had not informed him of the rule.

“The staff member (at Heathrow) informed us, quite nonchalantly, that they turn away about three families a night because of this oversight. I am sure you could understand that at about this time my patience was not only frayed, but had now developed into anger at the mere lack of compassion,” Hughes said.

“There was another family behind me in the queue who overheard the conversation and commented that they found themselves in the same predicament and had travelled all the way from Leeds in Yorkshire,” he said.

“We were told we would have to cancel our flights and perhaps get some sort of refund. We were only reimbursed 50% of our flight fee,” Hughes said.

Speaking from Paris on Monday, en-route to Durban with the family, Parent said a friend of Hughes, who wanted to remain anonymous, had stepped in to save their wedding day.

“We were thinking of cancelling the wedding because it would be cheaper than paying for the flights. It has been a nightmare. We didn’t sleep last night.

“We are wrecks. I won’t relax until we arrive safely in Durban.”

The bride’s mother, Jenny Parent, said it had been traumatic but prayers had been answered with the Good Samaritan’s deed.
A spokesman for Ethiopian Airlines in the UK, Dereje Derero, said the airline was “extremely sorry about the inconvenience” but that it had “occasional problems” since the new rules were implemented on June 1. However, he said, it was the passenger’s responsibility to obtain the necessary documents.

“The airline informed all the travel agents in due time about the new requirements by the South Africa government. It is not the airline’s obligation to inform on the website about the documentation requirements for each of the 92 international destinations we fly to.

“However, considering the inconvenience families with children are encountering travelling to South Africa, the information is now displayed on the website,” he said.

Karen Hart, head of legal and consumer affairs of Lotus Group, DialAFlight holding company, said clients were advised at the time of booking and sent a notice about the regulation via e-mail.

“Refunds are being requested from the airline on behalf of the clients,” she said.

Southern African Tourism Services Association chief executive, David Frost, criticised the Department of Home Affairs for the regulations, saying a ministerial committee led by deputy president Cyril Ramaphosa to investigate the rule’s consequences had recommended to cabinet that the issue be addressed.

One recommendation was that Home Affairs should, within a year, print parents’ details in child passports so that they do not need to carry birth certificates.

Regarding children from visa-exempt countries, it recommended that travellers be advised to bring proof of their relationship and consent from the absent parent or guardian.

Frost said it was agreed at the meeting that the current rules be taken off the table.

“Two months ago, SAA turned away more than 1 500 passengers and there are between 10 and 20 passengers affected per flight on some flights,” he said.

Frost said Home Affairs Minister, Malusi Gigaba, had incorrectly told Parliament that 30 000 children were trafficked out of South Africa annually – the motivation for the rule – when in fact 23 children had been trafficked over the past three years and all across land borders.

“This is why the regulations are absurd in the extreme and it has had a major impact on tourism. They are anti-tourism. Why have they not taken it off the table?” Frost asked.

Home Affairs spokesman Mayihlome Tshwete said: “David Frost does not have the responsibility of keeping South Africa and children safe. We are the first line of defence for the country.

“If he wants to change laws he should start a new political party and win the elections,” Tshwete said. He said South Africa was “moving toward a global standard”.

“National security can’t be designed on what people feel.”