Stricter immigration regulations aim to root out Marriages of Convenience

A marriage of convenience is defined as marrying a South African citizen in order to qualify for residence rights in SA. This arrangement is seen as fraudulent as persons in such arrangements do not qualify for a permit. Where a permit was obtained under such arrangement, the permit will be withdrawn.

Find out if you qualify for a spousal visa. 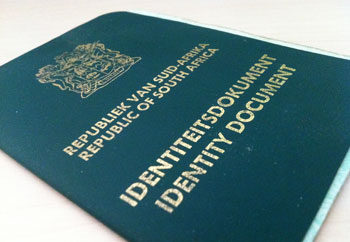 The new immigration regulation have now extended this period to 5 years.

After the lapse of 5 years a foreign national married to a South African citizen may qualify for permanent residence. Only after living under the latter for a further 5 years would the permit holder be eligible to apply for citizenship on the basis of naturalization.

Therefore marriage to a citizen on its own will not suffice for naturalization.

The minister explained that these stricter requirements ensure that the South African processes are not abused and that South African citizens in genuine marriages to foreign nationals are protected.

In 2013 three foreign nationals were caught during a raid conducted by Home Affairs Immigration Inspectorate in various houses in Johannesburg. In one of the three incidences a woman who alleged she was married to a South African national, was found to be residing with her real Indian husband in Johannesburg.

Due to the rise in these instances applications for permanent residency based on marriage are closely scrutinized and investigated thoroughly to establish the authenticity thereof. Thus these permits may take long to be processed and applicants are advised to renew their existing permits or seek advice for any other permits for which they may qualify.

Factors which support the notion of a genuine marriage would be a shared matrimonial home and the length of the relationship. Although these are not conclusive considerations, the deciding factor would be the interview of applicants by Home Affairs officials