The South African Passport ranks third on the continent

Based on a recent survey the African continent should improve its visa standing to benefit potential tourism. The survey conducted by Henley & Partners focussed on countries with visa restrictions and those who offer visa free entry to a number of countries – thereby boosting ease of access to those countries and ultimately benefiting their economies. 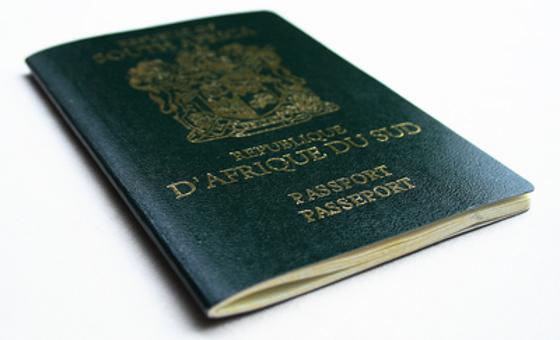 “The Index is an annual global ranking of countries based on the freedom of travel enjoyed by their citizens and lists 199 countries and territories. In terms of African passports, the continent has seen a nett increase of 76 visa-free destinations added in the past year, although African passports as a whole dropped a total of 25 spots in the rankings,” stated information accompanying the index.

Encouragingly South Africa has improved its standing on the Henley & Partners Visa Restrictions Index 2014. While the rest of Africa has been downgraded on the index.

The fourth most powerful African passport on this index is that of Botswana which is ranked in the 58th position on the index. But with only 73 countries benefiting by visa exception, Botswana is stil 57% behind the five highest-ranked passports for citizens of Finland, Sweden, the UK, Germany and the United States who are all able to travel visa-free to 174 destinations around the globe.

The rest of the continent’s countries do not fare much better with Nigeria offering their offering their citizens 49 visa-free destination which is less than one-third of the visa-free options of the world’s top passports.

This year’s index indicated that Mauritius was the biggest individual winner this year in terms of improving their standing on the index by adding three extra countries to its total of visa-free destinations. In stark contrast the Central African Republic, Algeria and Ethiopia each lost visa-free access to three countries in the 12-month-period preceding the 2014 index.

“Visa requirements continue to play an important role in controlling the movement of individuals across borders. Visa policies are also an expression of the relationships between individual nations and generally reflect the relations and status of a country within the international community,” said Andrew Taylor, Vice Chairman of Henley & Partners.

“Citizens from developed countries have more freedom to travel compared to developing countries and countries that are suffering from political instability.

“The effects of holding a passport that is ranked low on the Index can provide considerable obstacles to individuals who operate a global business. We regularly run seminars to inform high net worth individuals about the various options available to them,” said Taylor.