The US says that it is good doing business with South Africa. Find out how you can do it too.

The US says that it is good doing business with South Africa. Find out how you can do it too. 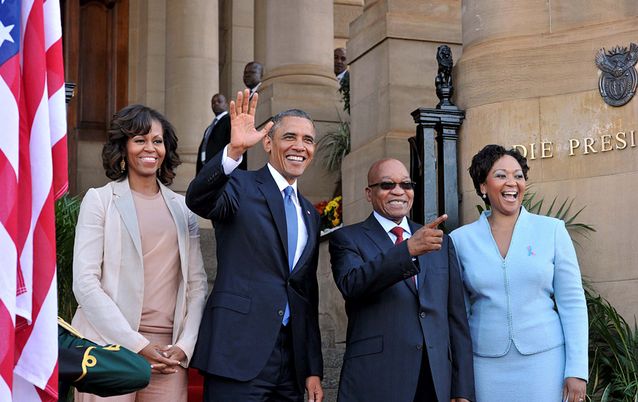 If you have considered investing in South Africa by doing business here, you might also know what the Americans have known for some time now.

Meeting in Washington on 4 August the United States government said it is committed to renewing the Africa Growth and Opportunity Act, which is set to expire next year.

"I think something like 10 of the 15 fastest-growing countries in the world are in Africa," US Secretary of State John Kerry said at the US-Africa Summit currently underway in Washington. "Africa will have a larger workforce than India or China by 2040."

The Africa Growth and Opportunity Act was implemented in 2000, and is at the centre of the United States’ efforts to promote trade and investment in Africa while opening new sources of material for American producers.

Quoted by The Associated Press, Kerry added, "AGOA has made it possible for Ford Motor Co. to export engines duty-free from South Africa, where Ford has invested over $300 million so they can supply engines worldwide.”

He added that, "The efficiencies of that operation have allowed Ford to create 800 new jobs at their Kansas City plant as part of the global production line."

At the summit South Africa’s President Jacob Zuma confirmed that he would certainly like to see that Africa Growth and Opportunity Act is renewed for another 15 years.

The Chamber of Commerce also said that the United States was the biggest destination for South African exports of passenger cars, receiving 42% of the total.

Research shows that around 600 American companies do business in South Africa, which has one of the biggest economies on the continent.

Addressing summit delegates President Zuma said that, "Almost 95% of South African exports receive preferential treatment under AGOA. We strongly believe that by endorsing the extension of AGOA, the U.S. will be promoting African integration, industrialization and infrastructure development."

With so much potential in Africa’s most Southern country it is a good decision for any business to look into investing here.
Last year American fast food giant Burger King expanded to South Africa and the company, CEO Jaye Sinclair said Burger King plans to open about a total of 12 branches in South Africa and seeks to tap into the country’s $1.9 billion rand a year fast-food market.

Speaking to a professional immigration professional such as New World Immigration is essential when you start considering making the move to South Africa. There are various requirements that must be met when setting up and legally trading in South Africa which you will need professional advice for.

New World Immigration’s team will help you with the complicated visa application process and offer useful advice and tips that will help you to focus on your business instead of on your visa paperwork.