Where to Study in South Africa

Where to Further your Studies in South Africa

Are you planning on immigrating to South Africa or are you thinking of coming over on a student visa? If so, you will need to decide where you want to further your studies before you get here. 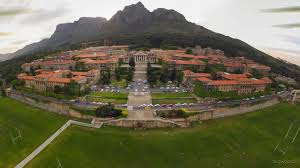 The University of Cape Town (UCT)

This is the oldest university in SA and has been rated as the best as well. UCT was established in 1829 and was originally a high school for boys. Located on the slopes of Devil’s Peak, UCT is the home of over 25 000 students and at least 20% of the students are international students from more than 100 countries. Christian Barnard, Sir Aaron Klug and Professor Alan MacLeod Cormack are three well – known individuals who attended UCT in their earlier years.

The University of Witwatersrand (WITS)

Wits is located in Johannesburg and it is considered to be one of the top research institutions in the whole of Africa. There is just slightly less than 900 academic staff to teach the more than 28 000 students. Seven percent of the students are international students and 90% of all graduates are permanently employed within a year of leaving. Nelson Mandela, Helen Suzman and Sydney Brenner are just a few of the well – known people who studied at WITS.

The University of Stellenbosch

Stellenbosch University is situated in the Western Cape. Over the years it has got the nickname “Maties” and it happens to be ranked as the second best university in SA. There are over 28 000 students who attend the university, who are taught by 915 lecturers. About 10% of the students are from other countries.

Rhodes is situated in the Eastern Cape in a town called Grahamstown. It was named after Cecil John Rhodes, who was the man who founded the diamond company known as De Beers. It is smaller than other universities and only has about 6000 students in total, but it is also one of the most diverse. Around a quarter of the students at Rhodes are from other countries.

The University of the Free State

This university is in Bloemfontein and is made up of three campuses that are spread across the city. About 33 000 students attend classes at the university and about 2000 of these students are from abroad. P.W Botha (former president of SA) is one of the many well – known people who attended the university.

Now that you have a better idea of what you can expect from universities in South Africa, the next step is to get your student visa sorted out. The professionals at New World Immigration are waiting to help you through the whole process.